Sooner or Later You Sleep In Your Own Space: Opposing The Family Bed

In recent years, there has been a good deal of discussion in support of the family bed. Proponents argue that babies, in particular anxiety-prone infants, both need and deserve parental indulgence, even at night. Moreover, many champions of co-sleeping assert that parental failure to respond to these children will eventually result in needy, anxious, depressed or distant adults. Finally, they explain that the family bed provides the child with feelings of security and attachment which children who sleep alone miss. And the downside? What downside?

I do not deny that there are infants who are anxious and fussy, but we still must ask ourselves whether these children need attention to the extent that they are taken into a parent's bed at this particular time of day. Parents taking these babies into their beds are assuming adult motives on behalf of the infant: I am crying because I am lonely, or because I need a hug. Perhaps the infant is otherwise fussy - gassy, unable to sleep, or teething - and needs to learn adult-guided, self-comforting behavior, not over-indulgence at night.

BABIES MUST LEARN TO PUT THEMSELVES TO SLEEP

I have found no authoritative scientific studies that show an association between inattention to night waking -- and this is even more extreme than the question of the family bed -- and the onset of emotional disturbances in adulthood. In fact, a certain degree of sleep disturbance is normal in the middle third of a child's first year. This coincides with the onset of stranger anxiety and the initial realization that baby is a separate entity from mother. This distress is only exacerbated by inappropriate attention at night. The child must be allowed to work out separation issues with adult support (go in and briefly soothe the baby), but without being smothered.

This brings us to the question of engendering feelings of warmth, security and attachment. Here is where exercising moderation is the key. No one is saying that kids can't join parents in bed in the morning to cuddle a bit. Make a time after which kids are allowed in your bed - and then stick to it. This way, no one will feel they missed out on any bonding time. There are also times when exceptions can be made, and co-sleeping can be allowed - such as when an infant is ill.

Now for the downsides of the family bed, which certainly do exist. I will not even deal with issues relating to physical danger (to infants) entailed in co-sleeping, because they are well known and extraneous to the point I am trying to make. Even if it were 100% safe, co-sleeping is still not a great idea in most situations.

The biggest downside is that the family bed delays the inevitable -- eventually, to paraphrase Billy Joel -- we all sleep alone. Children need to learn to put themselves to sleep, and there is nothing wrong with allowing a child - even an infant as young as three-months-old - to fuss for a few minutes before going in to comfort him. This builds a tolerance for anxiety, which, over time, is a great gift to give a child.

Furthermore, the family bed sets up impossible expectations of parents being available to children 24 hours a day, not just emotionally, but physically. Certainly in today's world, this is not realistic.

Many proponents of the family bed will say that its opponents are being parent-centered. My reasons thus far have been child- and family needs- centered. There are, however a few "parent-centric" reasons which are nonetheless essential to family wellness. Parents need privacy in the bedroom, for obvious reasons. It is important for children to know that their parents are a unit within themselves, not just vis-a-vis the children. A model of a healthy adult relationship, which includes certain reasonable boundaries between parents and kids, is another great gift we can give to our kids. Also, quite simply, well-rested parents are better parents.

Finally, there are other issues in favor of co-sleeping, such as convenience of nursing. This is a perfect example of where opponents to the family bed are actually being less "parent-centered" than its proponents: JUST because it is convenient for mom, doesn't make it good for baby in the long run. Here is a case where the mother must inconvenience herself to help her baby learn healthy family patterns.

There is no one final answer for everyone - but the guidelines set forth here should help parents make an informed (guilt-free) choice about co-sleeping that is good for all involved.

Published in Bringing Up Baby
More on Parenting 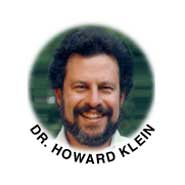