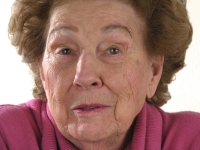 What shall I do with a mother-in-law who lies and turns everything around to make herself look good and me bad in front of the rest of her children?

Conflicts between in-laws are as old as the state of marriage! Adam and Eve were probably the only couple who never had trouble with in-laws. (Hey, who was God going to get in conflicts with - himself?) It is a rare mother-in-law who can watch her daughter/son create a new family cell with another person without experiencing a sense of loss. Before all you mothers-in-law out there jump at that statement, remember, I said "rare," so you might be one of the rare ones.

But your situation sounds extreme, even in the milieu of classical in-lawing. You don't give details about how long you've been married, if she was happy with your marriage to begin with, if you come from different backgrounds or religions or social status... or if it's just a personality conflict. There are many factors that can exacerbate a situation waiting to happen. Or maybe she just has her own problems in life and she's using you for a scapegoat because she doesn't want to alienate her own family or friends.

In any case, you're wondering, having said all that, where do you go from here?

I suggest you don't try to defend yourself and give up trying to make your mother-in-law or the rest of her children like you. The only child of hers you should be concerned with is your spouse. To your mother-in-law and your brothers-in-law and sisters-in-law I say: Be polite. Don't be apologetic. Don't complain and don't explain. Your life is with your spouse, not with them, and you don't want to alienate your husband/wife by being rude to his/her family. Therefore you have to maintain good relations but don't kill yourself trying to get them to think you're right or you're a good person or you're a loving child-in-law. They will ultimately respect you for it, even if they don't like you. If she's their mother also, deep down inside, they know what she's like, even though they won't admit it to you, the outsider.

So send her flowers on her birthday, be pleasant, remind yourself that you're a bigger person than she is and get on with your life with your (hopefully) loving spouse.

Published in Scroller
More on Marriage