This story illustrates a sad but real problem with teenagers, since risk behaviors tend to "clump together" with many teens. In other words, it's very common for a teen who starts having sex at a very young age to contract one or more sexually transmitted diseases (STD's) AND to have a pregnancy at a young age, AND to be the victim of sexual abuse, AND to have educational problems, AND to have severe family problems, etc.

The Best Prevention: A Strong Home Base

One reason for this is simple biology - unprotected sexual intercourse can lead to pregnancy and STD's. However, many experts in adolescent health feel that it's not just an accident that these high-risk behaviors cluster together. One theory is that when such teenagers are little children, and lots of bad things happen to them (like the childhood sexual abuse in this story), they develop what the psychologists call an "external locus of control" - a belief that they are powerless to shape their lives and their destinies, and that life will be a series of "things that happen to them."

Probably the most important way to give a teen an "internal locus of control"- a belief that he or she can make a good life for himself or herself - is through a strong, caring and loving family that communicates love, appropriate rules, and expectations for conduct. I felt that it was important to bring up these points - for teens and for their parents - before focusing in on the parts of this story that involve STD's.

Some Info on HPV and Cervical Cancer

Most everyone knows about the STD's gonorrhea, syphilis, etc., but not everyone realizes that cervical cancer is in many ways a STD. Cervical cancer is one of the most common cancers worldwide, with approximately 450,000 cases each year. In the United States, it causes approximately 5,000 deaths a year. For a long time, doctors knew that cervical cancer had something to do with sex: the disease was associated with the early onset of sexual activity, and with multiple sexual partners. Furthermore, if the woman's partner already had multiple sexual partners, this would also increase her risk of cervical cancer.

Just recently, doctors discovered which disease was responsible for cervical cancer. It is called the Human Papilloma Virus (or HPV), a tiny germ that causes such diseases as genital warts, and has recently been discovered to be the villain that causes the cells in the cervix to become cancerous. Doctors now believe that the "sex tie-in" of cervical cancer is due to the HPV.

The key to prevention is to avoid high-risk sexual situations. This means, for teens, not having sexual intercourse. The barrier methods of contraception, (such as the condom and vaginal spermicides) work pretty well to prevent pregnancy and STD's such as gonorrhea, but they are NOT reliable methods to prevent HPV infection. Another "prevention" method would be to have sex with just one partner, who never had sex with anyone else, but this is not an easy thing to guarantee for any teen...

The good news is that if a woman begins to have the changes in her cervix that lead to cancer, there is an excellent test that can pick up problems very early, and can lead to successful treatment of (early) cervical cancer. That test was developed about 50 years ago by Dr. Papanicolaou, and is known world-wide as the Pap test. Cervical cancer is most often a slow growing cancer, and over 90% of women who have the cancer diagnosed before it has spread outside the cervix survive. A sexually active teenager should have a Pap smear at least once a year.

A few more points are worth making about the STD's discussed in this story:

One is that adolescents are at higher risk for Pelvic Inflammatory Disease (P.I.D.) than other age groups. Why? There are several explanations: First, the type of cell in the adolescent cervix that's exposed to the vagina is a very good place for sex germs to grow. (As a woman gets older, the cell type that's exposed to the vagina changes). Second, adolescents tend to be slower in getting gynecologic care than older women. Third, adolescents are not very good at using contraception methods (like condoms) that protect against the germs that cause P.I.D.

Chlamydia is the leading cause of P.I.D, and damages the woman's fallopian tubes, causing future problems with being able to have children.

Another STD that is worth special mention is Hepatitis B. Everyone knows about the STD's that cause genital problems, and everyone knows about HIV infection, but many people do not realize that the Hepatitis B infection is contracted by teens mainly through sexual intercourse. Most teens who are infected by this germ are sick for several weeks to months (because their liver is inflamed), but then go on to recover completely.

However, a significant percentage of hepatitis B patients go on to have chronic infection: they can develop liver failure and liver cancer, and they can spread the germ to their partners (and to their children, during birth). The good news is that Hepatitis B is the only STD for which there is a safe and effective vaccine. In the United States, all babies now receive this vaccine; in other nations, young people receive it when they become teenagers.

The most important point is that if you are a sexually active teen, and you haven't been immunized against Hepatitis B, get the shots!

Some final "take home points" for teens on this story: 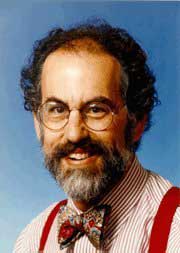 More in this category: « Hang in there: Reader Story on Teen Pregnancy Birth Control for Teenage Daughter »
back to top