Rarely do we have an opportunity to hear both sides of the mother-in-law problem. Here, two candid women lament their relationship.

Mindy, the daughter-in-law, and her mother-in-law, who remains unnamed as mother-in-laws often do, describe their fantasy. Mindy had hoped to form a loving mother-daughter bond with her in-law, while she in turn dreamt of the daughter she never had. Yet both are now uncomfortable in each other's presence. Their disappointments in each other are exacerbated by their critical attitudes. " She should help or shut up," says Mindy. "She's always screaming at the kids," says the mother-in-law.

Neither woman feels understood or appreciated. Mindy is a mother of two pre-school children and pregnant, coping with physical, hormonal, and emotional changes. Mrs. Mother-in-law, who completed law school after her divorce, is under pressure of another sort, supporting herself financially and emotionally. Between both women stands Luke, a husband to one, a son to the other. Though Luke rarely becomes involved in their relationship, he holds the key to alleviate their hurts.

How can both women feel better about themselves in their relationship? Why is Luke's input important? How can he improve the in-law tensions?

View an Expert's Comments on the Characters

Published in Drama
More on Marriage
Tagged under 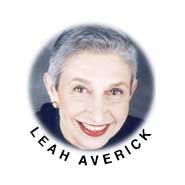 More in this category: « A Mother-in-Law's Lament: A Monologue Expert Advice for the Characters in the Lament Monologues »
back to top